This is a unique fiesta in which farmers and artisans make the most elaborate and beautiful ornaments from: Immortal Flowers, Corn Husks and Radishes. The event is only the night of December 23rd as the radishes have to be fresh. It takes place on stands that are set up in the main plaza. According to historical documents, the Dominican Friars taught Zapotecs & Mixtec Indians to grow vegetables and flowers brought from Europe and in 1563, by Royal decree, lands were given to them in a fertle area called Trinidad de las Huertas, south of the city, which means "trinity of the orchards". This is where all the farmers lived that supplied the vegetables for the residents of the colonial city of Oaxaca.

Initially on December 23rd there was a vegetarian market preceding the Nativity. So, many foods were made specially for that day and farmers would decorate their radishes to make them look attractive. Residents of the city liked them and used them to decorate their tables for dinner that day. In 1897 the mayor of the city, Mr. Francisco Vasconcelos Flores, organized the first exhibition of radish figures in the main plaza depicting nativity scenes, animals etc. Since then, year after year and on the same night, it's traditional to see the display of amazing ornaments made from radishes.

After the radish night were added the contest of Immortal Flowers and Corn Husk figures. The designs that are created were traditionally based on the Nativity events, the Wise Men, Day of the Dead, Calendas, Markets and the Guelaguetza, but now in present times we see designs depicting popular events, movies, and anything of artistic interest. Presently this fiesta is organized by the city government and prizes are given in three categories, plus a diploma to the winner of each category as an incentive to keep their talent & heritage. 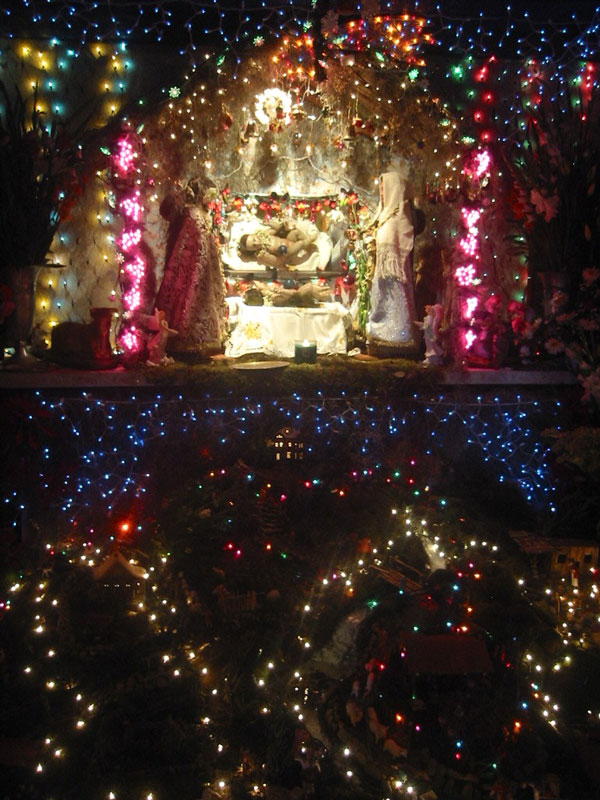 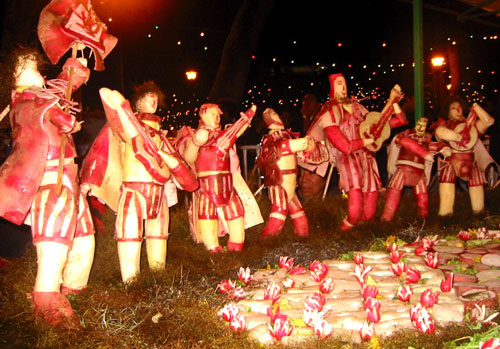