This is one of the oldest archaeological sites in the valley of Oaxaca that is conveniently located near the city of Oaxaca. The site goes back to approximately 1150 B.C. as one of the earliest organized urban centers in the valley. It's constructed next to excellent alluvial fields which secured a good food production for themselves as well as to trade with. Regardless of the fact that a few hundred years later Monte Alban took over all the influence as the grand centre of administration in the area, El Mogote remained as a continual agricultural centre and breadbasket of the Zapotecs for many centuries more. There are a few mounds that have been restored and can be visited as well as a community museum which exhibits some of the main objects found in all the digs. 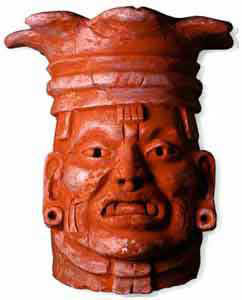